I am pleased to say I am getting to know more of the inspirational and dedicated members of the Effortless English Group. We had such fun in our last conference that Max and Noam arranged for another online conference this past Saturday.

There were some very thought provoking questions and I must admit one question that got the better of me, it moved me so. Mariyn, from Columbia, asked me if I had any secrets on how to manage live as a business woman, mother, writer etc.

If you are interested in getting to know these amazing folks better, please have a listen to out most recent recording.

http://www.youtube.com/watch?v=-ZNxFBFVZng
Posted by Theresa Snyder (3su) at 9:39 PM No comments:

During Christmas vacation this past year Drew Avera contracted me and asked if I would like to work on a writing project with him. It sounded intriguing. He wanted to create a series much like the Star Trek books with one setting in which several authors would write. There would be some crossover characters.

He picked up three more authors Thomas Manning, JB Cameron and Simone Beaudelaire by the end of December. We all put our heads together and created The Twin Cities Series where our characters will reside in The Realms.

The people of Minnesota believe the twin cities to be Minneapolis and St. Paul, but what they don’t realize is the name actually refers to a parallel dimension known as The Realms, where creatures of myth roam freely.

Humans stand only a dimensional barrier away from the most terrifying and horrible monsters imaginable, but there are a select few who answer the cries for help, who guard the world of mankind and keep it safe from harm.

The Realms can be a place of great danger, as well as great beauty, where love and loss can be sudden and significant, but make no mistake…in this world, humanity is just another word for powerless.

Why not check out the series? There are currently four novellas available with the promise of many more to come.

Follow the series developments and meet the authors on The Twin Cities Series Blog:
http://www.twincitiesseries.blogspot.com 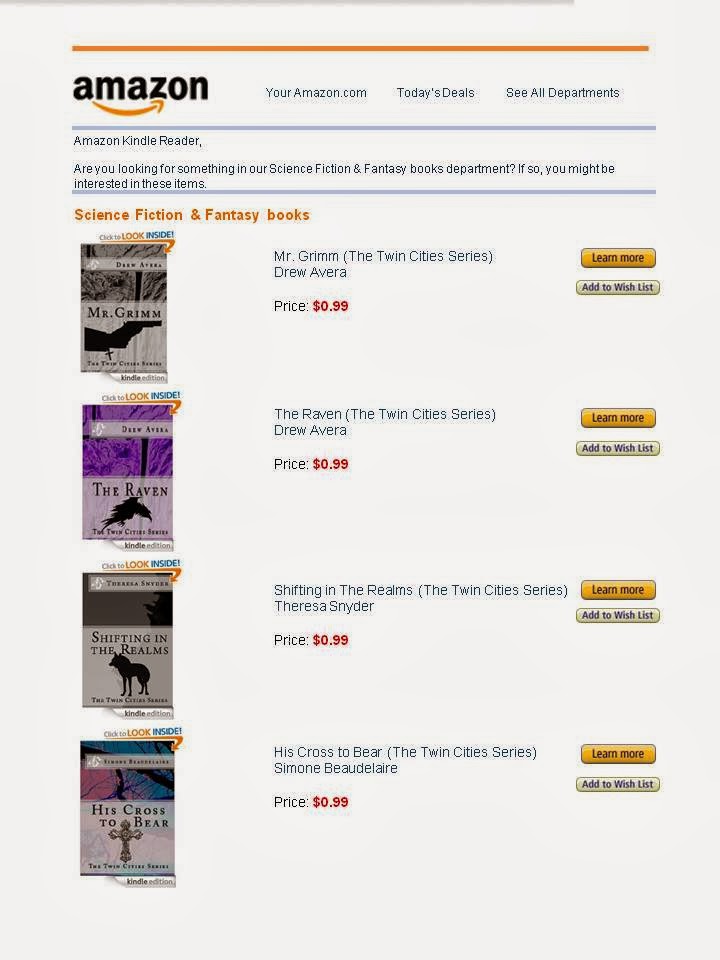 Other Blogs by Theresa Snyder